Over the past few years, we’ve seen the emergence of a new category of phone: the budget flagship. Pioneered by brands like OnePlus, these affordable devices have a lot of the desirable qualities of phones that cost considerably more. At just $550, ZTE’s Axon 10 Pro packs a spec wallop, and it seems like a great option on paper — but questionable software decisions and lousy image processing spoil what could’ve otherwise been an easy recommendation.

Design, hardware, what’s in the box

Personally, I’m not crazy about the Axon 10 Pro’s design. I’ve never been big on mirror finishes, and considering recent developments in front-facing cameras — pop-ups, hole punches, et cetera — the notch look is a little played out. Even so, it’s an undeniably high-quality build, with metal edges and a glass back. That back isn’t just for style, either: there’s a Qi wireless charging coil under it (OnePlus, take notes). If you prefer wired charging, the 10 Pro supports Qualcomm Quick Charge 4.0 and comes with an 18-watt power brick.

The AMOLED panel ZTE’s included is pretty easy on the eyes, with adequate brightness, vibrant colors, and, being an OLED, deep blacks. Bezels are slim on all sides, and the screen sort of pours over the edges on the left and right — but not to such a degree that I experienced many accidental touches.  The display is bumping up against the upper bounds of 1080p’s viability, though, at six and a half inches. 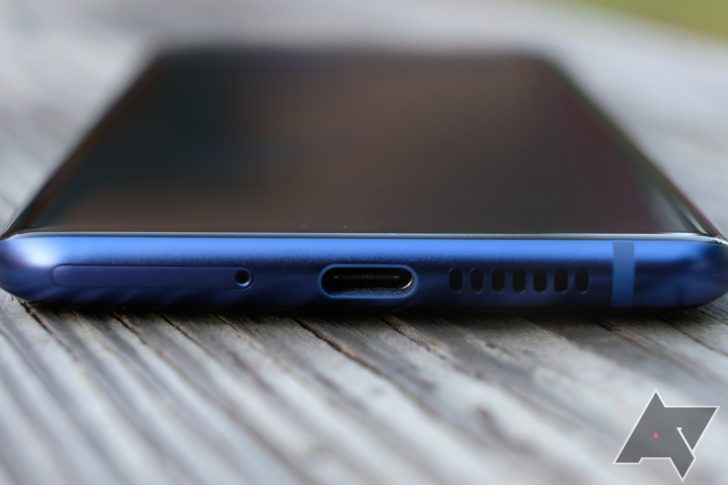 The 10 Pro’s got bonafide flagship internals, with its Snapdragon 855 chipset and eight gigs of RAM (or 12, for an extra 50 bucks). It also has 256 gigabytes of storage and a microSD slot. There’s no 3.5-millimeter headphone jack, but there’s a USB-C-to-3.5-millimeter dongle in the box, plus a pair of okay(ish) earbuds. The bottom-firing speaker sounds great, too, but the 10 Pro pairs it with its tinny, quiet earpiece to create a stereo setup that’s less than ideal. There’s an optical fingerprint sensor hiding under the screen that isn’t great — it probably misread my fingerprint one in eight times — but it’s reliable enough given the price. 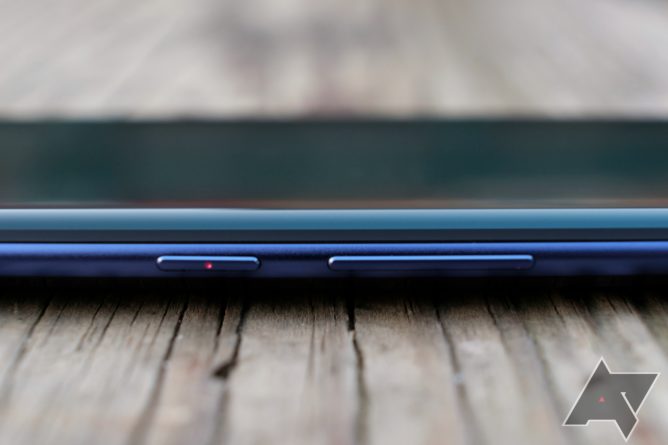 That dot on the power key isn’t a notification LED — it’s just a dot.

The software situation isn’t as rosy as the hardware, though. ZTE’s take on Android is fairly close to stock, but a lot of the deviations from the established formula are detrimental.

You can hide the navigation bar whenever you want — a fine idea in theory, but it sometimes happens inadvertently when you interact with a notification on the lock screen, which can really trip you up when you start typing. You can’t see the volume level when you adjust it while the 10 Pro is locked, which, because of how volume control works in Android 9 Pie, means you can’t silence the phone without unlocking it. There’s a persistent notification when aptX-compatible earbuds are connected. Some minimized notifications can’t be swiped away. Creating home screen folders is needlessly complicated, and no matter how few apps are in a folder, it practically takes up half the screen when it’s open, pushing the icons inside farther from your thumb. Facebook is pre-installed, too.

The default display size doesn’t make sense for a screen this large.

The default display density is particularly irksome — it seems like it was calibrated for a considerably smaller phone. This one has a 6.47-inch screen, so extra-large text and icons do more harm than good. While it’s easy enough to change in the 10 Pro’s settings, it randomly reverts back to the default on its own from time to time, and I could never pin down why. I eventually gave up and left everything big.

On top of the few glaring issues, there are plenty of grating little quirks. Almost all of the default ringtones, notification sounds, and alarms are profoundly annoying — two of the notification sounds are different recordings of a bleating sheep, and I’ve been waking up to the sound of a cowbell lately. There’s an ugly skeuomorphic bubble animation when you put the phone on a charger. Taken individually, none of these issues are a Big Deal — but there are too many questionable UI decisions to list, and they add up to a pretty unappealing software experience on the whole. 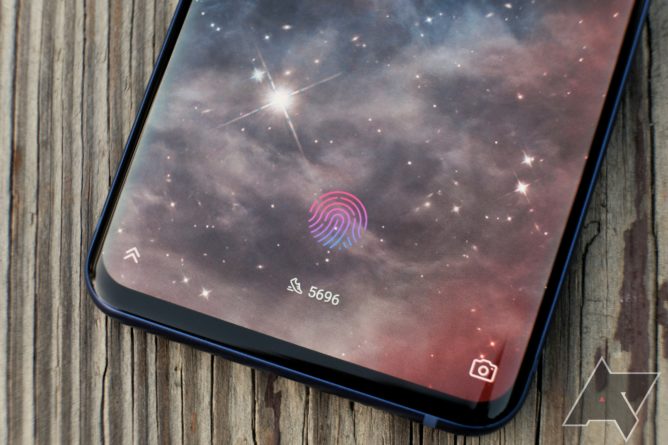 Showing your steps on the lock screen isn’t a bad idea.

Despite my distaste for the way ZTE styles its software, the Axon 10 Pro hums along without a hitch thanks to its hardware. The combination of the latest Snapdragon processor and eight (or more) gigabytes of RAM means the phone can handle anything you might throw at it, from productivity multitasking to gaming. Battery life is great, too; the 10 Pro’s 4,000 milliamp-hour cell will last through all but your most demanding of days. I frequently saw six hours of screen time on a charge — and occasionally seven or more.

From the numbers, you’d expect decent performance out of the Axon 10 Pro’s cameras: you’ve got a 48-megapixel primary shooter complemented by an eight-megapixel telephoto and a 20-megapixel wide-angle. But you’d be disappointed. While the versatility afforded by so many framing options is convenient, the cameras capture middling-to-decent shots in good conditions, and poor ones in anything but. Highlights are almost uniformly blown out, colors are inconsistent, and high contrast areas often have weird artifacts (see: the right edge of the pillar against the sky in the first photo below).

That 48-megapixel sensor is all but useless thanks to ZTE’s image processing; you might as well leave it set to its default 12 megapixels. Take the image below: a still subject only a few feet away with tons of soft, natural light. Even in those conditions, detail is lacking — you should be able to see more of the texture of his fur — and the 10 Pro had no idea what to make of the trees in the background. Click or tap to zoom. 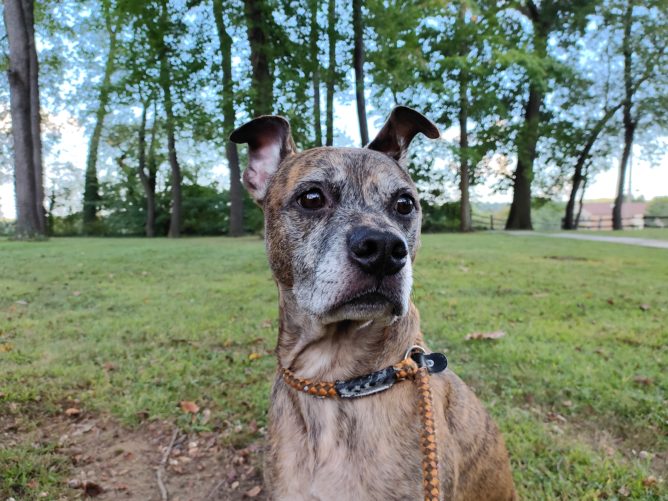 All those pixels don’t help much with low light photography, either. While the 10 Pro’s normal shots preserve detail in shadows pretty admirably, its dedicated night photography mode is junk. Taking a photo in this mode takes several seconds, and the results are generally too muddy to be of any use. Check out the comparison between the 10 Pro’s night mode and the (much cheaper) Pixel 3a’s Night Sight below. It’s not even close. 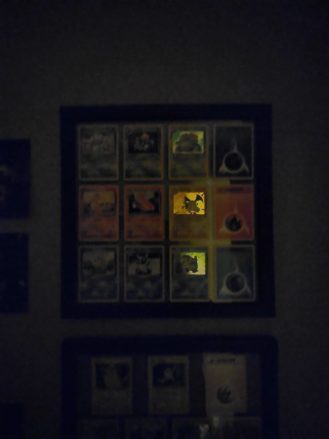 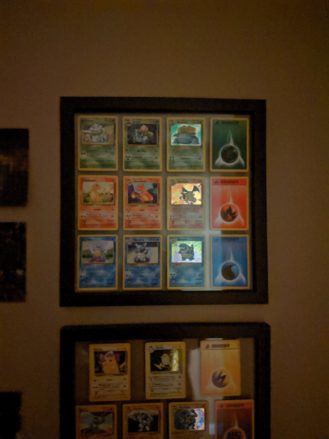 Should you buy it?

Maybe. Depending on what you expect out of a smartphone, the Axon 10 Pro could be perfect for you. It’s got a solid build and flagship performance for under $600, which is a pretty rare confluence of factors. But to call the photos it produces “average” would be charitable, and the software experience is wanting for polish.

As always, OnePlus looms large over any phone with premium specs and a budget price tag. For about 100 bucks more, the OnePlus 7 Pro has a more attractive design, a higher-quality display, better imaging, and more pleasant software. And while it can’t match the Axon 10 Pro’s performance, the Pixel 3a, which starts at $400, runs laps around its cameras. It’s also guaranteed to get software updates for years to come, which isn’t something that can be said for any ZTE device — although the company has stated the 10 Pro should get Android 10 sometime this year.

You want a strong performer, and you’re not hung up on photo quality or software finesse.

Mobile photography or thoughtful software are important to you. Consider picking up the Pixel 3a or frequently discounted Pixel 3, or springing for a OnePlus 7 Pro instead. 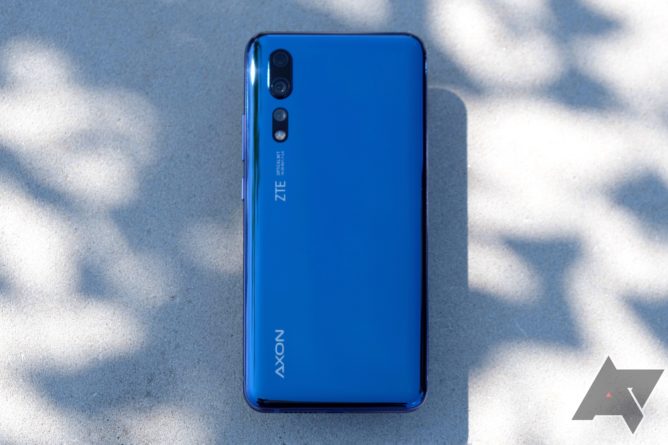