Google said on Tuesday it is bringing a set of new features to Android TVs to improve the experience of users who rely on mobile hotspots to connect their giant devices to the internet. The features, developed by Google’s Next Billion Users team, will be first rolled out to users in India and then in other countries, the company said.

Ahead of its yearly event in New Delhi on Thursday, where the company is expected to make a number of announcements, Google said it has identified and addressed a problem faced by millions of users: Their TVs are not connected to the internet through Wi-Fi or wired/ethernet line.

Instead these users rely on hotspots (local network) created through their smartphones or tablets. “But that presents problems,” wrote Joris van Mens, Product Manager at Google’s Next Billion Users team, in a blog post. “Watching HD TV on a mobile data connection can quickly drain your daily data plan.”

To address this, Google says it is introducing a feature called ‘data saver’ to Android TVs that would reduce the data usage on mobile connections by up to three times, thereby allowing users to consume more content on their TVs. It is also introducing a ‘data alerts’ feature to help users better monitor how much data they have consumed watching TV. 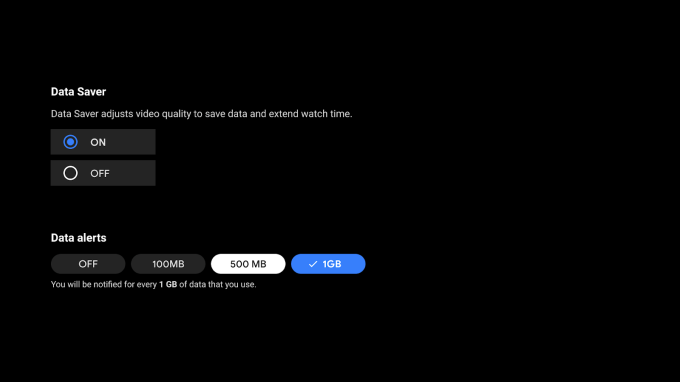 The data saver feature will be optional to users

Another feature dubbed ‘hotspot guide’ will allow users to set up their TV with their mobile hotspot. And last, Google is introducing the ability in its Files app to allow users to cast video files locally stored on their phones to the TV without using internet data. Files app, which Google launched two years ago, allows users to easily free up content on their phones. The company said last month that Files app had amassed over 100 million users.

These four features will roll-out to Android TV devices starting with those manufactured by Xiaomi, TCL, and Marq by Flipkart, Google said. The company expects to rollout the features globally soon.

At an event in Bangalore on Tuesday, Xiaomi unveiled a new lineup of TVs that will support Netflix and Prime Video. The Chinese electronics giant, which is the top smartphone vendor in India, confirmed that its new TV models will support Google’s ‘data saver’ feature.

Later this week, Google is expected to make a number of announcements around its payments app and other services in its yearly Google for India event. Indian newspaper Economic Times reported this week that one of those announcements could be the launch of Kormo, a job discovery app that is currently available in select developing markets, in India.