Among the plethora of changes coming with Android 10, there’s a new API that’s particularly useful for screen-recording apps. Google’s new OS allows access to internal audio for accessibility purposes (in particular, the company showcased a live-transcribe service for the deaf), but of course, other apps can also utilize the API. ADV Screen Recorder is one of the first apps to take advantage of it to offer internal audio capture on version 4.1.0.

The app was previously able to record audio via the phone’s microphone but the addition of internal audio gives it another dimension. When you activate the new capability, a warning pops up saying it only works when other apps allow audio recording — this makes sense, as regulations across the world forbid capturing phone calls, for example. Still, due to the accessibility aspect of the underlying API, it’ll hopefully work in most instances. 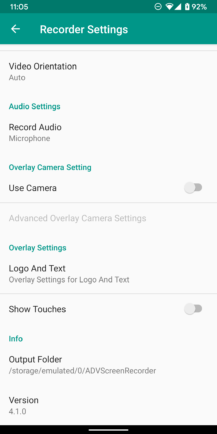 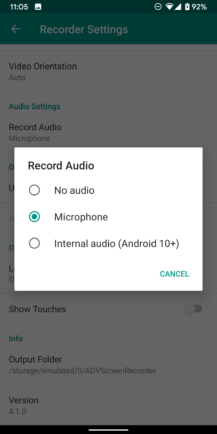 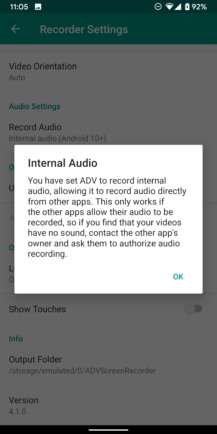 The new version is currently rolling out on the Play Store. If it’s not available to you there, you can also download it over at APK Mirror. It’s likely that other screen recording apps will soon add this functionality as well.