The Motorola One Pro has popped up in a few leaks, and now we’re getting a few more details. It sounds like this phone may actually launch as the Motorola One Zoom, indicating Moto will really push the camera angle. That’s not necessarily surprising as there are four of them, and we now have a better idea of what they’ll do.

According to WinFuture, the Motorola One Zoom will have a 48MP main sensor. Similar to the OnePlus 7 Pro, it will combine four pixels into one to improve brightness and colors. So, the images snapped by the One Zoom will be 12MP. One of the sensors will be a wide-angle with a 117-degree field of view. Motorola allegedly plans to market this as an “Action Cam.”

There will be a telephoto lens, of course; that’s where the phone gets its name. Motorola will label this as 5x “hybrid zoom.” The actual hardware will be capable of either 2x or 3x zoom, but the phone will use the other camera sensors to add more data to a 5x zoomed image. The final sensor on the phone will be a 5MP depth sensor to improve portrait mode shots.

We expect the Motorola One Zoom to show up at IFA in a few weeks. WinFuture says the price will be around €429 ($481), but that’s just for one variant. There may be a cheaper entry-level model as well.

As we wait for Lenovo to make the Motorola One Zoo official, there are some new (allegedly official) renders of the phone floating around. They don’t offer new information, but they do offer some additional confirmation of the previous leaks.

We still expect Motorola to announce the One Zoom at IFA next week. It’ll be a mid-range phone, but the zoom will be better than some flagship phones. 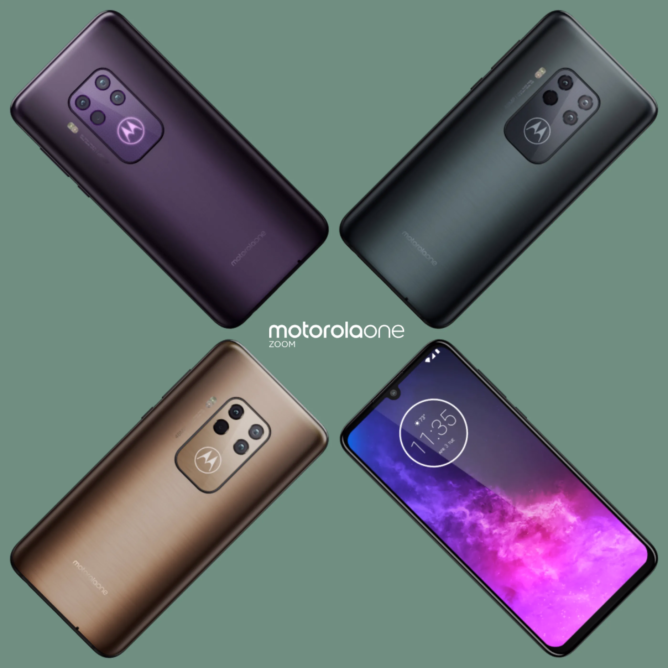 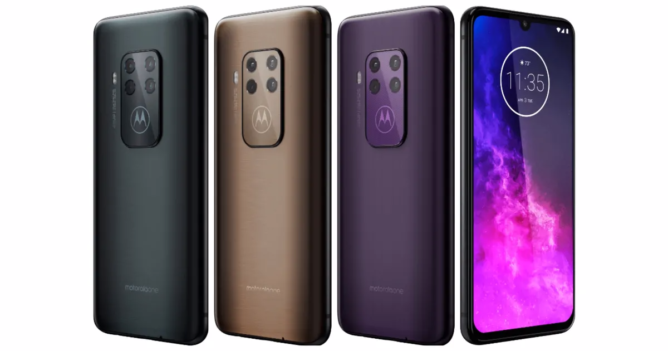 That metric buttload of One Zoom press renders not enough for you? A new leak has revealed a couple of real-life shots of the upcoming Moto smartphone: