FCC clearance is a hurdle every product bound for American soils needs to clear. Since the filing is public, it can give us an early look at specs or images of upcoming gadgets — like the Galaxy Watch Active 2 by Samsung, which recently stopped by the FCC showing us the front of the smartwatch, along with case options. 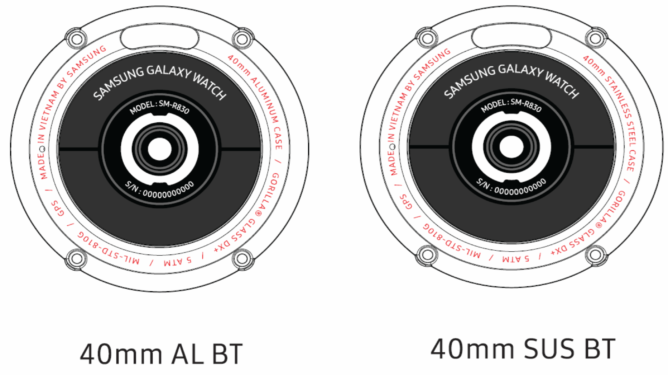 The filing, which took place on July 20th, has a report with three images showing the settings interface of the watch. We can’t see much but are given a glimpse of the supposed touch-sensitive bezels that the watch is rumored to have. The Active 2 (product number SM-R830) will likely be the successor to the original Galaxy Watch Active (model number SM-R500), which isn’t too old itself — it launched in the first quarter of 2019. We’re also shown two case options for the watch — aluminum (AL in the image above) and stainless steel (SUS).

This isn’t the first leak of the Active 2 — we’ve already seen leaked renders and even a hands-on video. It will likely come in three color options: silver, black and gold, and come in 40mm and 44mm sizes. There’s also rumored to be an ECG monitor and support for fall detection — copying the Apple Watch is just a part of life now apparently. 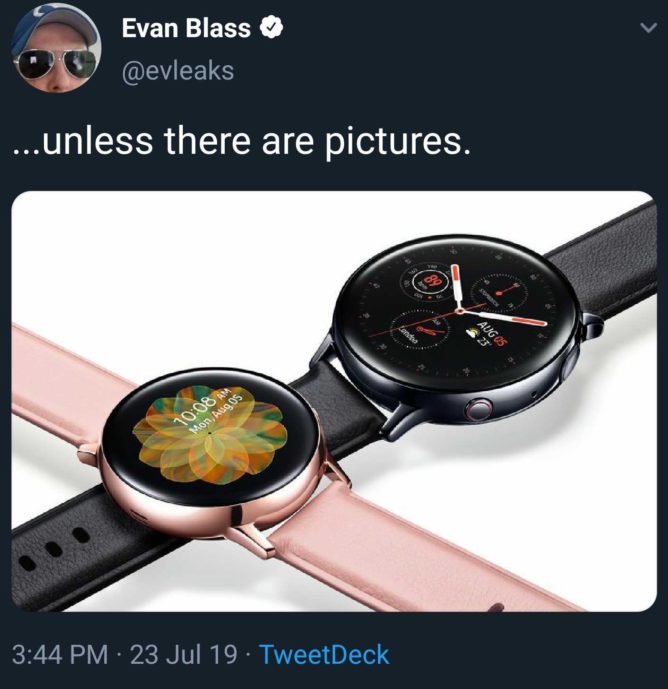 In another leak, Evan Blass aka @evleaks tweeted a render of the Watch Active 2, showing two color options and watch sizes. Given all this smoke, the fire, aka an actual product launch is likely imminent — it could launch with the Galaxy Note 10 in August.