The new Android Auto started rolling out today (and it’s pretty good), but unfortunately, all of its various improvements are only coming to in-car displays. The version of Android Auto you can run on your phone’s screen standalone won’t be getting the same face lift — and as a matter of fact, it’s eventually going away entirely (though we’re not sure exactly when). Here’s what’s happening.

Why is Google phasing out Android Auto’s smartphone mode?

The short answer is that Google wants to get rid of the need for a discrete driving mode app on your phone. The long answer is, well, longer.

The Google Assistant — the one you already have installed — will be taking over for Android Auto as your phone-display driving companion, with an all new interface to boot. Android Auto is increasingly specialized for in-car dashboard displays, which are traditionally horizontally oriented, significantly larger than your phone, and fixed in the center of your car’s dash. 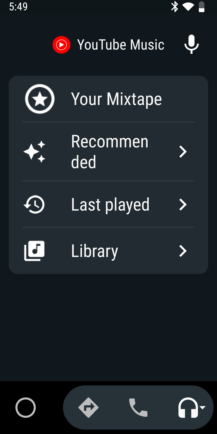 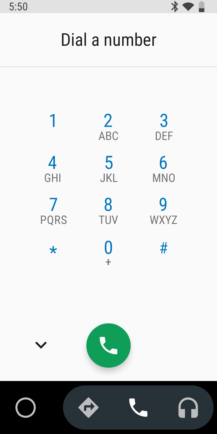 Android Auto’s phone interface is, to put it charitably, a bit clunky.

Your phone, on the other hand, can be mounted in any number of locations, and is usually fixed vertically to maximize navigation visibility. The new Assistant-based interface is tailored to work better on a phone-format display. Bonus: it doesn’t require any additional software. Once it’s available (more on that soon) if you’ve got the latest version of the Google app, you’re good to go.

What is the Assistant driving mode? What features does it add?

The official name of this new interface is “Google Assistant driving mode.” You’ll be able to turn it on by saying “let’s drive” to the Assistant (that phrase currently opens Google Maps to Driving Mode or just does a search, depending on what state your phone is in). It also stands to reason that, like Auto, you’ll be able to configure it launch automatically when your phone connects to your car by Bluetooth, but we haven’t heard anything official to that end just yet.

You’ll see large icons representing common actions people take while driving — navigation, phone, and media control — followed by a selection of specific things Google thinks you might want to do, like resuming playing media you’d started elsewhere, returning a missed call, or navigating to an appointment. If you get a call, the Assistant will ask aloud whether you’d like to answer, and you can verbally answer yes or no to take action.

You can see it working here:

It’s all similar to what Android Auto’s phone interface does now, just in a prettier, easier-to-use package with a bit more predictive Google Assistant magic and without the need for a separate app.

When does Assistant Driving Mode launch?

We’re not exactly sure. In May, Google said driving mode would be available on Android phones this summer, but the latest word is just “in the future.” It’s part of the “next-generation” Assistant announced at I/O this year. Parts of that new experience, like easier verbal control of Google Home alarms and Duplex on the web have already trickled out, so it could be any time now.